How Long Does it Take to Walk Up Kilimanjaro?

Having assisted more than 10,000 trekkers to the summit of Kilimanjaro, I came to learn years ago that it is impossible to prescribe a specific practice for all climbers, and that the amount of time that is safe to spend ascending and descending Kilimanjaro depends on a number of factors - most significantly of which being whether the climber has recently been to high altitude or, if not, whether their bodies have experienced altitude previously, albeit, long enough ago that they are no longer acclimatised from that experience.

I have found in my own case that I need around 3 days to reach the summit of Kilimanjaro comfortably, but I believe that this is because I have been to high altitude so many times that my body has become accustomed to adapting quickly.

Exceptions to the Alleged "Rules"

Additionally, though I have never read of such a phenomenon in any scientific journal - though the accounts of Noel Odell's experiments above the North Col on Mount Everest in the 1920's would seem to corroborate my claim - I have noticed that it is possible (though definitely not recommended) to effectively "sneak up" on the mountain and ascend quickly, provided that you are able to descend very quickly to a safe altitude after only a very short exposure.

I discovered this phenomenon on 27th March 2000, when I climbed Kilimanjaro for the very first time. I was interested to discover whether it was possible to climb Kilimanjaro to the summit from the park gate in under a day without acclimatisation. I have the time recorded somewhere, though not immediately to hand, and I think the time it took me to reach the summit from Marangu Gate was some 12 hours and 47 minutes. It was a very uncomfortable experience and I recall hallucinating somewhat, though never feeling unsafe, and knowing that were I to get into trouble I could immediately descend and my symptoms would ameliorate within a loss of just some 300 - 500 vertical metres. But I think the reason that I was able to do this is because - and substantial subsequent experience has corroborated this - the worst effects of AMS have a delayed onset and usually occur when your respiratory drive is relatively depressed.

But notwithstanding these and similar experiements, for those who are neither acclimatised, nor have had significant past experience of trekking at altitude, as a company we have come to find that the optimum length of a Kilimanjaro climb - to include the ascent and descent - is some 7-8 days, with the final day and a half of this time being spent descending. 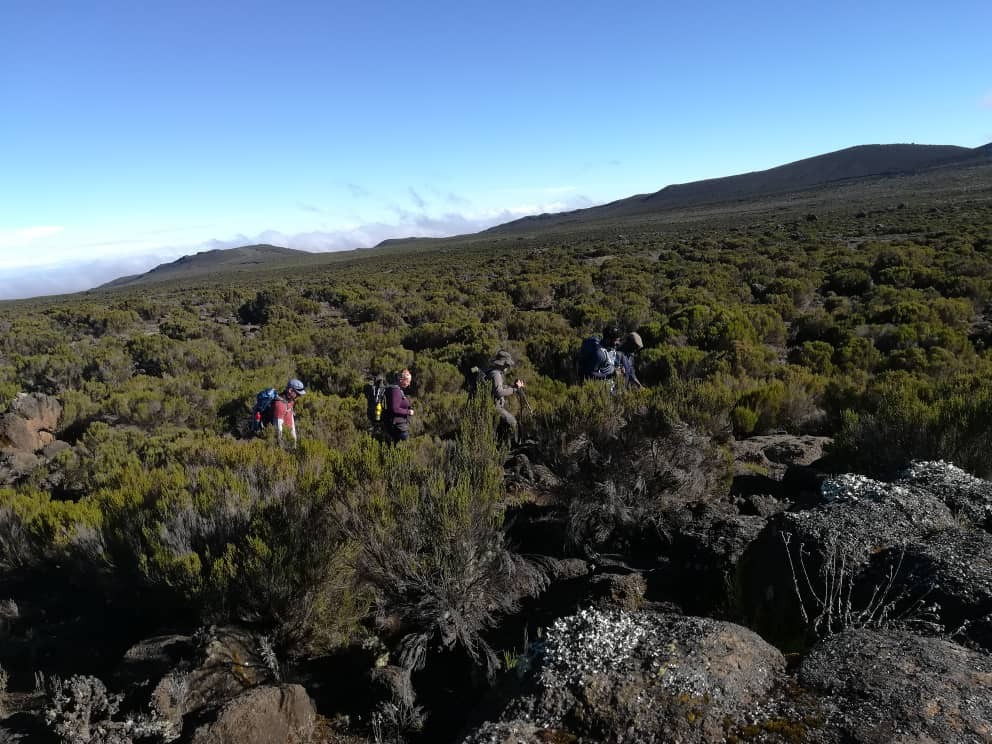 Our unique variation on the Lemosho Route conveniently offers both schedules, the 7 and 8 day. If able to spend 8 days on Kilimanjaro, that would tend to be our recommendation generally, so as to err on the side of caution in the event tat the guide judges that you are not acclimatising at the hoped-for rate, though if only 7 days is available, we would still be confident that some 19 out of every 20 trekkers should expect to summit with us.