How Difficult is it to Climb Kilimanjaro?

December 2019  —   Climbing Kilimanjaro, How hard is it to climb Kilimanjaro?

While you don't have to be born extraordinary to climb Kilimanjaro, you need to be willing to be extraordinary for the 7 or 8 days you're on the mountain, as the ascent tests most climbers' mental and physical reserves to close to their limits.

Don't Underestimate the Effects of Altitude

When beginnning a climb, many climbers are surprised at how slowly their guide has them trekking, as initially, progress is straightforward. Conditions are usually pretty temperate, there's no difficult or dangerous terrain to surmount, and the average steepness on most of the routes is around 10% - 1 in 10.

Use a "Pole Pole" Pace

It's usually towards the end of day 2 that the logic of what Tanzanian mountain guides describe as the pole pole (slowly, slowly) pace, hits home. For most trekkers things are usually pretty much plain sailing until somewhere between 3,000 and 4,000 metres, when the effects of altitude begin to assail you.

And if you've rushed your way to this altitude, you'll find that your body has failed to undergo the necessary physilogical adaptations to ensure that you can continue to move comfortably at this height. It is the guide's experience from the earliest days of his career as a porter, that have trained him to be pre-emptively cautious when moving at altitude, and clients do well to pay heed to his experience. 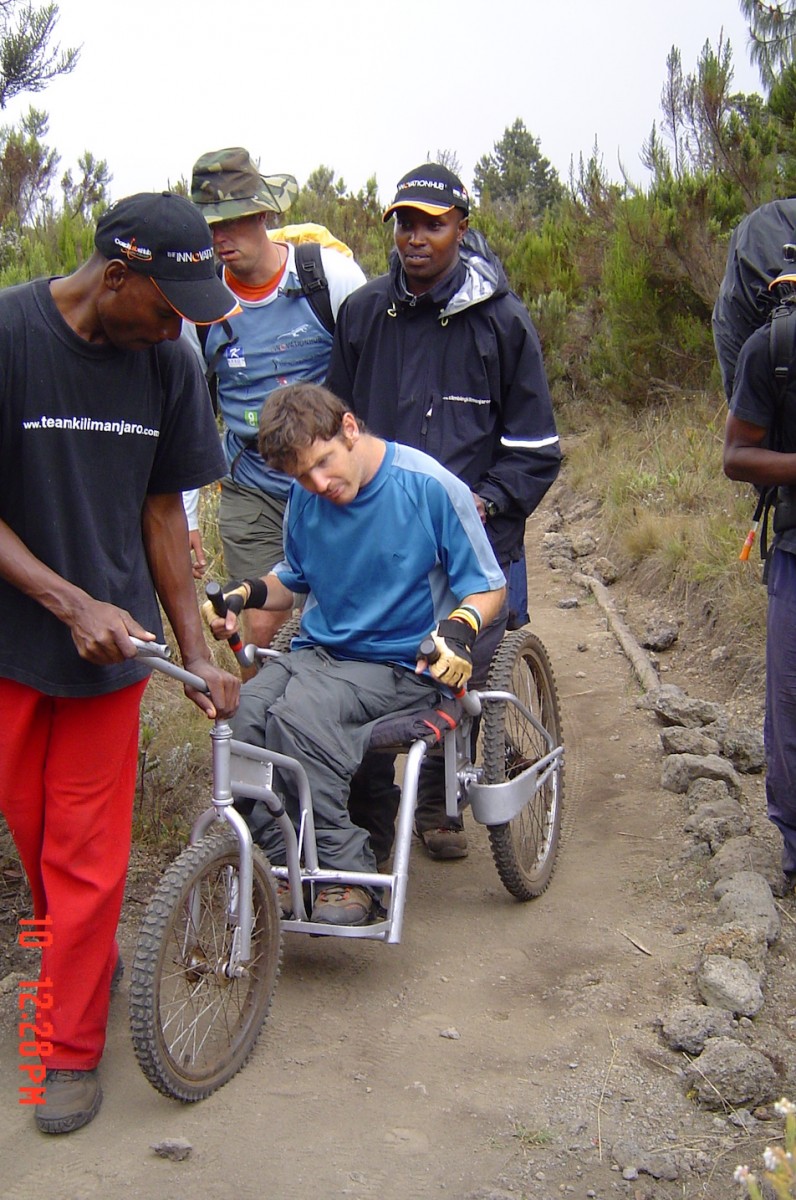 The Final 500 metres is Incredibly Hard

Assuming you've trained hard before the climb, followed the advice of your guide, have acclimatised properly along the trail, enjoyed great food, rested well and stayed well-hydrated... nevertheless, nothing really prepares you for the final 500 vertical metres of the climb to the summit.

However fit you are you really need to dig deep into your mental reserves, as at this altitude your body is objecting in the strongest terms to the wisdom of your being here. Whoever you are, it's pretty much impossible to sustain continuous progress. Everyone needs to pause at least every few minutes and stop and get their breath back.

Watch Kilian, one of the strongest people in the world at high altitude👇. He's in the process of breaking the world record for the fastest supported climb as it stood at the time; he doesn't want to risk losing a single second for fear of missing the record by a hair's breadth. But he simply has no choice. The altitude get us all!

But anyone who's found it in themselves to dig deep, and to fight for the summit of Kilimanjaro will tell you the same thing: the achievement is quite literally life-changing.